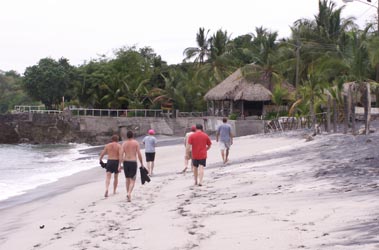 Chris started to get in contact with the old members, one by one, over the Internet. And soon the band and the dreams was brought out again from the dark shadows of Neverland.

In april 2006, six guys from Sweden packed their suitcases and gig bags to reunite with the Seventh Son in Panama City. Once again, the hands of the seven, now More Mature Men (at least in some aspects), was fumbling over guitarr necks, keyboards and drum sticks. And soon enough all the central parts of Panama were swept into a heavy reggae groove, colored with a strange nordic timbre never heard on this latitude!