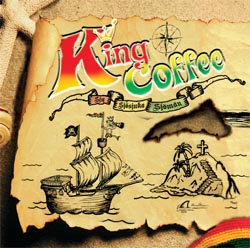 On the 5th of July King Coffee held a Grand Release Party at the famous club Harry's in Eskilstuna, Sweden.

On that magic evening in Eskilstuna King Coffee played live from stage all the new songs from the released record in front of hordes of enthusiastic friends and fans.