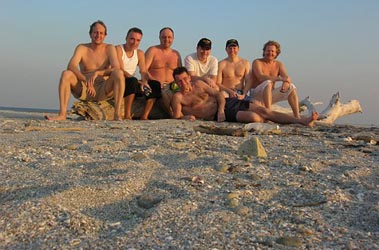 The four first days was spent at Peter Marotta's paradise on the Pacific Ocean beach under the palms and the Southern Star. During these electrified days eight completely new songs were created for the album!

After another three days in Poti Far's nice studio in Panama City the album materialized.